Little Stones on the Beach 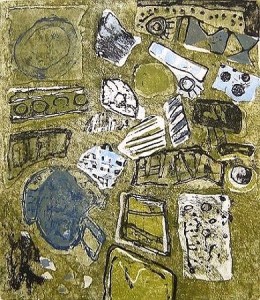 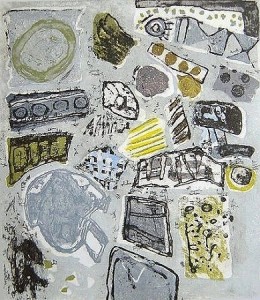 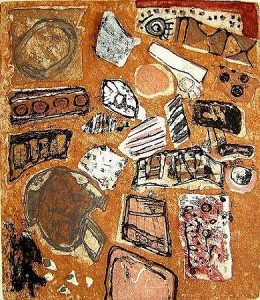 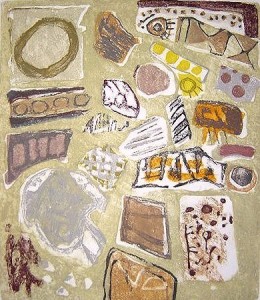 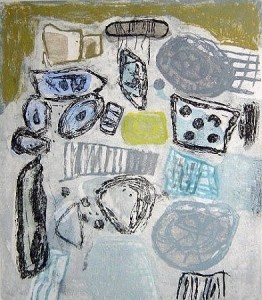 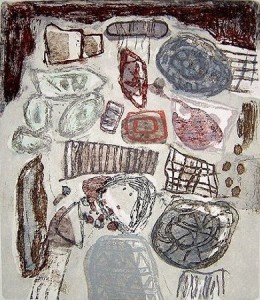 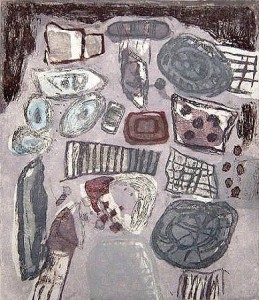 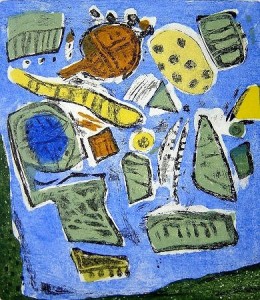 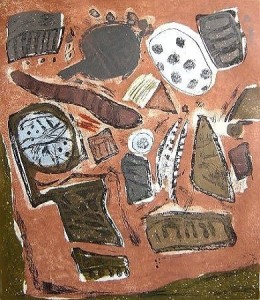 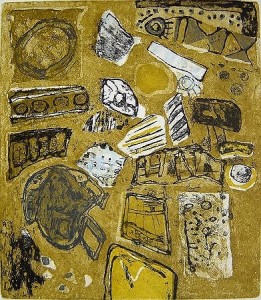 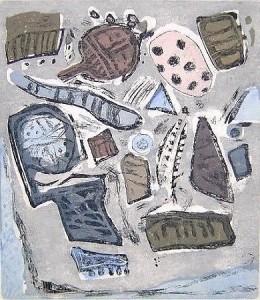 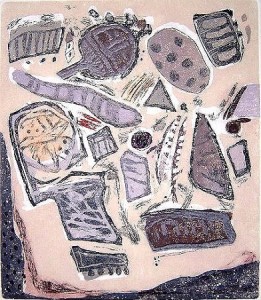 Little Stones on the Beach

While printing color graphics, Van Ingen uses different etching plates and prints them on top of each other. By doing so, unpredictable possibilities are created.

The image is incised with a pointed tool or bitten with acid into a metal plate (traditionally copper, zinc or steel). Ink is rubbed into the grooves, the areas that hold the ink below the surface of the plate. The differences between these processes are in how the grooves are made. They are all rolled through a press to print the image on the paper.

Etching is a process introduced in the early 1500’s, uses acid to make the grooves in the plate. The plate is covered with a waxy coating called a ground and the image is drawn with a sharp needle that scrapes through the ground exposing the plate. The plate is then placed in an acid bath which eats into the exposed metal to make the grooves. The quality of line that is produced is dependent on the tool used to draw the image and the length of time the plate is left in the acid bath.

Aquatint is a form of etching that was introduced in the 1650’s that produces gradual tonal effects. Through a variety of means powdered resin is made to adhere to a metal plate. The metal that remains exposed around the tiny drops of resin is bitten in the acid bath, creating a pitted grainy surface that holds a thin layer of ink. This prints as an area of tone that can be greatly varied with skill.

Drypoint is a process that originated in the 1500’s. The grooves are cut directly into the plate, using a sharp pointed instrument. As the instrument incises the line, a curl forms along the sides, called the burr. When inked, the burr creates a distinctive velvety appearance. This tecnique is usually done on soft copper plates and as the edition is printed, this distinctive burr becomes flattened and less distinct. That is why it is preferable to have a low impression number in Drypoint editions.